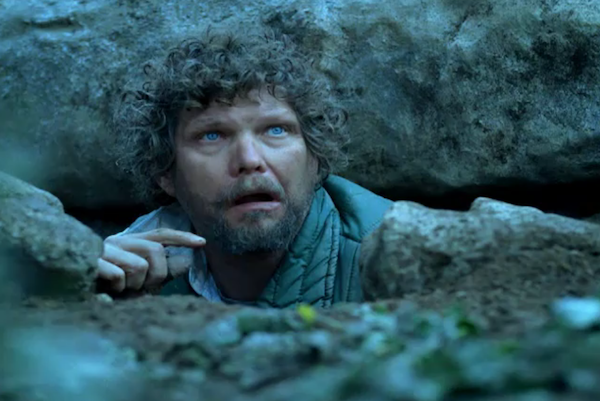 File under Nobody Loves Us.

Next, may I present to you the inestimable Sgt. Chad Walker of the Columbia, S.C., Police Department. Sgt. Walker, who is not a racist, is another stellar example of Our Finest. A true model citizen. The pride of South Carolina, his local police union, and cops everywhere. A True American Patriot, a hero for our time. Someone for our children to gaze upon and long to be just like when they grow up. Someone worthy and deserving of our respect and admiration. The very reason why we love cops! The man we fathers want our daughters to marry, the man we mothers want our sons to marry!

Aw, shucks, cut it out. No, really, folks. Sergeant Walker is just another regular joe, an average guy, a typical American. He’s Everyman, just ask him. A good old boy, that’s all. And all of this sudden fame is a bit hard on the poor fella, so let’s all cut him a break, OK?

Now, let’s sit back and read the story of this embarrassing little pickle. A pickle that has already gone international.

[Tumalo Lookout note: WAPO’s link was taken down. Here’s a very enlightening, complete audio and video from the body camera of one of the cops with Sgt. Walker. I strongly encourage you to view it.]

‘I can’t use it?’ White South Carolina cop suspended for repeating the n-word on camera

When a White police officer in Columbia, S.C., twice used the n-word on Saturday while claiming that a Black man had called him the racist slur first, the crowd outside a bar reacted with disbelief.

“Are you serious?” one man asked.

“Can you stop saying that word please?” someone else chimed in.

But in a scene captured on video, Sgt. Chad Walker doubled down, claiming repeatedly that he had the right to repeat the word.

[Tumalo Lookout note: WAPO’s link was taken down. Here’s a very enlightening, complete audio and video from the body camera of one of the cops with Sgt. Walker. I strongly encourage you to view it.]

“He can say it to me, but I can’t say it to him?” Walker asked, pointing to the Black man.

On Sunday, after the video spread widely on social media, the Columbia Police Department suspended Walker without pay and the department’s chief apologized for his conduct.

“It is evident the actions of Sgt. Walker were a clear failure to fulfill the expectations and standards of our Department,” Chief W.H. “Skip” Holbrook said in a statement. “The repetition of the racial slur and failure to de-escalate the situation were inexcusable.”

The incident comes amid ongoing national protests against racial inequality in policing, including in Columbia, where dozens have now been arrested over violent clashes with officers that broke out during May protests against George Floyd’s death.

The cellphone video of Walker using the racist slur was filmed on Saturday night, police said, when he entered a bar in the Five Points neighborhood to enforce the governor’s order to stop serving alcohol at 11 p.m., part of the state’s efforts to slow the coronavirus pandemic.

Body camera footage released by the department on Sunday shows Walker, a 14-year veteran, ordering a few patrons in the bar to drop their drinks and leave or face arrest. As one table leaves, Walker accuses a Black man of being “colorblind” for directing the n-word at him; it’s not clear from the audio precisely what the man had said.AD

Then, outside the bar Walker started arguing with another man who complained that the officer had talked to the Black patron like he was “less than human.”

“The gentleman right there that called me a n—–?” Walker responded, pointing at the Black man before repeating the claim — and the n-word — a second time.

After the Black man repeatedly denied saying the n-word and others challenged Walker for using it, he argued that he was within his rights to repeat the slur.

When someone yelled, “You’re White,” Walker responded indignantly, “Who cares what color I am? He called me a word.”

As someone in the crowd suggested the officer “grow up” and “lead by example,” another officer stepped in front of Walker and led him away from the group. Holbrook on Sunday praised that officer for calming the scene.

“Our officers are trained to serve as leaders and to de-escalate confrontations of potentially volatile situations,” he said. “Although I am embarrassed and disappointed in the Sergeant’s actions, I was encouraged to see a junior officer intervene and remove Walker from the situation, potentially stopping further escalation.”

From The Tumalo Lookout

It just doesn’t get any better than this.

But it gets a whole lot worse.

The Sergeant Walkers of America are only possible because of cop culture.

Ask yourself whether it’s even remotely believable that this cop could have hidden his racism from all of his colleagues and all of his supervisors and managers, through his entire 14-year career.

And then ask yourself how he was ever promoted to sergeant.

That’s cop culture: 400 years of the same misconduct, over and over.

Solving it is complex. But from the perspective of onlookers, it comes down to the functional equivalent of collective indifference. By cops. To the misconduct, abuse, racism, and brutality. That their fellow cops perpetrate. On citizens they’re supposed to serve and protect.

And the same is true of the rest of us, White America.

Hey, I wanted to share the Fox News story on this, instead of WAPO’s. But, for some inexplicable reason or other, Fox didn’t seem cover it.

Well, then, you should just disregard this post. My bad.

Just another example of how Fox viewers live in a nice, sheltered, little White bubble.

But, do note that they can just mouse a button to watch TV to ‘they little hearts content.’ That would be for the ones who are only semi-literate….