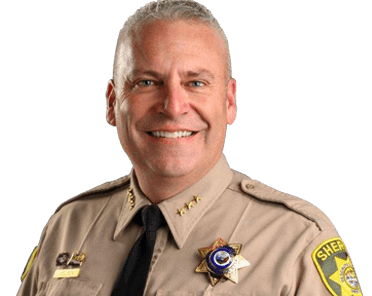 BY MICHAEL THORNTON 1 hr ago

I’ve been on Sheriff Nelson’s CAP for three years. I’ve come to know him and I’m going to vote to reelect him. I hope I can convince you to vote for him, too.

I volunteered for the sheriff’s advisory panel primarily because The Bulletin had reported a long history of misconduct at DCSO from 2000 through 2017, and I was concerned about leadership in the agency.

Here’s my assessment of Sheriff Nelson, based on my personal observations as well as his public record.

He demonstrates good leadership in our meetings. Nelson is quick to give deputies and staff credit for accomplishments. He doesn’t try to take credit himself, doesn’t cast blame on others, and remains silent about ongoing internal investigations. He accepts responsibility for things that go wrong. He seeks the input of others, listens well, and deliberates thoughtfully.

Sheriff Nelson is conscientious with our money. He routinely discusses budget and the best ways to spend our tax dollars in our CAP meetings. He negotiated with Sisters to provide the town more cost-effective law enforcement. He canceled a proposal for purchasing a police helicopter (I am strongly against the idea at this time). He worked with Deschutes County’s health department to fund our new crisis center, which is cost-effective, increases law enforcement efficiency, and diverts people from jail. Sheriff Nelson is handling our money well.

He has integrity. He knows when to remove himself from investigations. He admits when he screws up – and he looks for lessons to be learned. At a personal level, I trust this cop.

Nelson has over 25 years of experience at DCSO. He kept his record clean throughout, and he worked his way up the command chain under three sheriffs before being elected in 2016.

Nelson has a strong command staff. They have deep experience and come from both inside and outside of the agency. That’s a good mix. Nelson and his commanders have over 100 years of collective professional experience.

And here is the single most important reason I’m voting to reelect Sheriff Nelson: I am entirely confident that Shane Nelson and his command staff have zero tolerance for officer misconduct.

Sheriff Nelson fired nine officers between 2015 and January 2018. Eight of them were hired prior to 2006. And six were supervisors or commanders. Somewhere along the line, those nine employees became “bad apples” as they advanced through the ranks. Nelson made the right decisions to remove them, and I roundly applaud him. His firm control of misconduct is exactly what I require of every sheriff.

Over the past three years, Shane Nelson has earned my respect and trust. Despite our differences, I know him to be a person of integrity. He cares about Deschutes County; about his employees and their families; and about his prisoners. He has a highly trained and experienced command staff, who also impress me. He has no tolerance for misconduct and is willing to take strong disciplinary actions, if necessary, up to and including termination.

Shane Nelson is managing his staff, his operations, and our tax dollars responsibly. I have much greater confidence and trust in the Deschutes County Sheriff’s Office than I did before Nelson became sheriff.

I hope you’ll vote with me to re-elect him.