I’ll return to this article soon, and to CNN’s interview of Barr for an in-depth discussion. There’s a lot for critical thinkers to talk about here, including government propaganda and institutional racism. 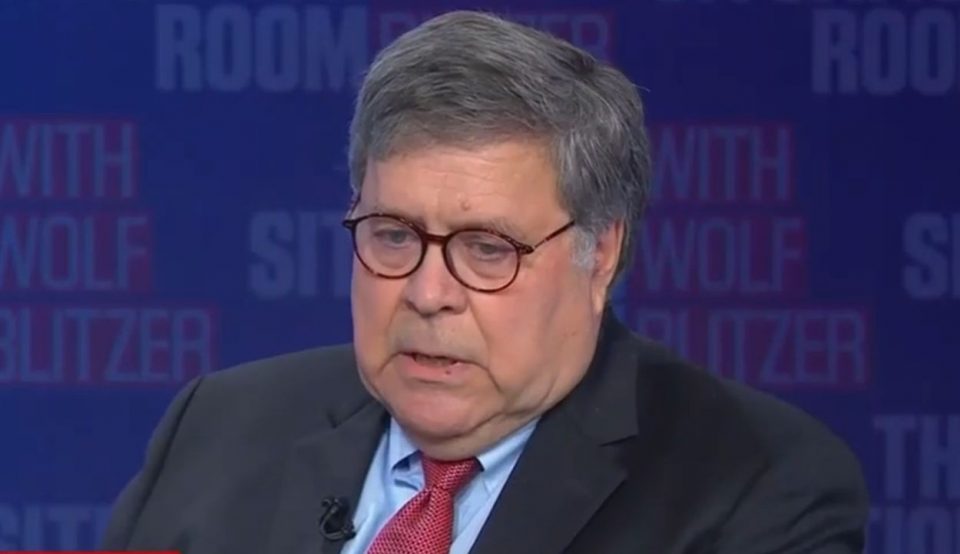 With the racial strife and protests currently ongoing due to complaints of systemic racism and police brutality against Black people, Attorney General William Barr has denied that systemic racism is a factor in the police shootings of unarmed Black men according to NBC News.

Barr had an exclusive interview earlier this week with CNN’s “The Situation Room with Wolf Blitzer.” where he said he feels that there aren’t two justice systems. He also defended the actions of police officers by stating that the shootings of Black Americans often weren’t racially motivated.

He also feels “people operate very frequently according to stereotypes.”

“I do think that there appears to be a phenomenon in the country where African-Americans feel that they’re treated when they’re stopped by police frequently as suspects before they are treated as citizens,” Barr told CNN in a Wednesday interview. “I don’t think that that necessarily reflects some deep-seated racism in police departments or in most police officers…

“I think people operate very frequently according to stereotypes and I think it takes extra precaution on the part of law enforcement to make sure we don’t reduce people to stereotypes, we treat them as individuals.

At one particular moment, Barr does acknowledge that there are differences in how Blacks are treated differently than whites are but he doesn’t agree that it falls on the lines of racism.

“I think there are some situations where statistics would suggest that they are treated differently. But I don’t think that that’s necessarily racism,” Barr said.

In an interview with Face The Nation‘s Margaret Brennan in June, Barr was asked if he thought there should be some tweaking of the rules and reduced immunity to go after some of the bad cops? His response:

“I don’t think you need to reduce immunity to go after the bad cops, because that would result certainly in police pulling back. It’s, you know, policing is the toughest job in the country. And I, and I frankly, think that we have generally the vast, overwhelming majority of police are good people. They’re civic-minded people who believe in serving the public. They do so bravely. They do so righteously.”

Note from The Tumalo Lookout

I’d be tickled to learn that I was related to “Big Ced” Thornton — who wouldn’t like to have a journalist in their family! — but, so far as I know, Cedric and I have no relation.