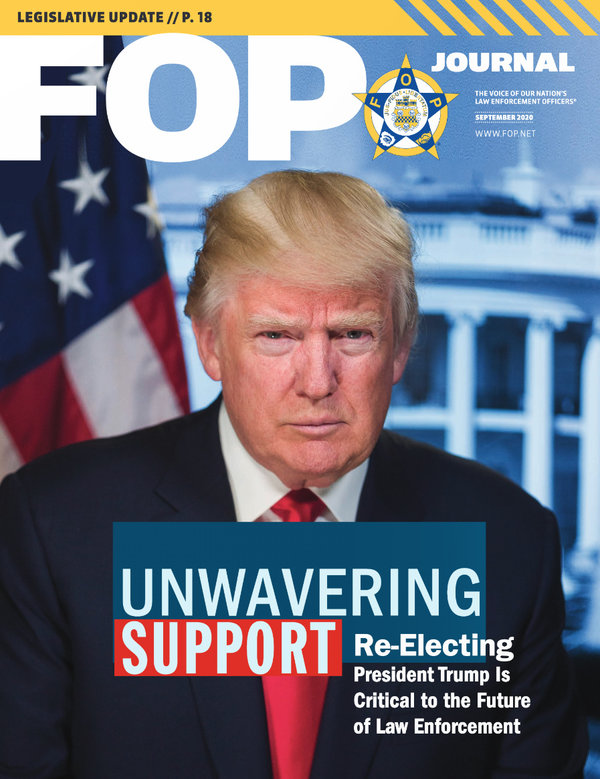 You thought you bought a president’s support.

Look what you bought for your money and your fealty.

You believed he had your back. I wonder how many of you recognize, even now, the cost of your collective ignorance and stupidity.

Donald Trump, William Barr, DOJ, and your very own right-wing news bubbles conned you into believing that BLM is your enemy, and civil rights protestors are “radical leftists.” You chanted the lies to yourselves, over and over, like a mantra. Like brain-dead zombies.

Over and over again, your departments have let Trump’s right-wing extremists get away with murder, mayhem, and racist thuggery all over the country, while you condoned and protected them. While you did Trump’s bidding.

Well, Trump has rewarded you for your fealty. On January 6, 2021, he launched the insurrection he has fomented for four years. He instigated this assault, and sent his goons, his Proud Boys, skinheads, racists, lunatics, and right-wing nationalists to the United States Capitol Building.

Don’t kid yourselves again. Trump instigated this insurrection just as surely as you are cops. It’s all in the public record. The record that so many of you choose to call “fake news.”

Trump instigated this attack your colleagues and our nation’s elected representatives, senators, and vice president. He attacked them while they were counting and debating the votes for our next American President. As they were performing the duties they are mandated to perform by our Constitution. While they were enacting the most important functions of our American democracy.

Trump used you. Over and Over again.

Your colleagues at Capitol Police were set up. They were set up by “President” Trump.

And they were apparently set up by some among you. Some in your own profession.

For how else can you explain the simultaneous and utter failure of dozens of Law Enforcement agencies to prevent this publicly planned and scheduled assault on our democracy?

Some of your professional colleagues were likely complicit in this insurrection. If so, they were most likely motivated by their own desires to kiss ass and advance or save their careers, without regard for the consequences.

Less likely — but still very plausibly — some may have been actively complicit. They may have been motivated to cooperate by their own political sympathy with the insurrection movement that Trump had been fomenting for years. In other words, some may have intentionally facilitated this assault from the inside.

Either way, the Capitol Police force, and apparently all of the other local, state, and federal LEOs in the Washington D.C. area, were used by Trump. For his own, personal, desperate political agenda: to overthrow the election of a new president of the United States of America. He wanted to keep power.

Collectively, you have supported this insurrection.

Not just on January 6, 2021. But in the days and weeks leading up to it. Indeed, for the past four years. Collectively, if not individually, you have enabled, condoned, and even facilitated Trump’s agenda.

And one of your own colleagues paid for it with his life.

Capitol Police Officer Brian Sicknick died defending our democratic institutions from your very own president of the United States — who your unions and associations helped to elect!

That’s the thanks you get for supporting this would-be dictator, this sociopath who idolizes Russian “president” Puta.

But your profession sure as hell doesn’t deserve my respect, either. Because you bought this abuse, and you paid for it. With your public support and your political contributions. Collectively, you chose to be Trump’s stooges. You made your choice in 2015, and again in 2020.

In Puta’s Russia, you are called useful idiots.

Here in America, you’re called tools. In every sense of the word.

Your profession, the entire enterprise of law enforcement, is addicted to buying political power. It always has been. It’s in the deepest, darkest recesses of cop culture. And it’s why you never deserve, nor ever get, your full measure of America’s trust and support. Respect is the one thing you can’t buy with money and you can’t force with power.

Well, this is the new Amerika now, where everyone gets everything they deserve, as long as they pay for it.

But what you bought was a lie. You were conned. You’re still being conned. And you paid for the Big Lie with Officer Sicknick’s life.

Officer Sicknick was someone’s son, brother, father, or loved one. He was an American Peace Officer.

And your unions, your sheriff associations and police chief associations, your national association of police organizations support the very man behind Officer Sicknick’s death. The man who instigated this assault on our democracy. The man your departments bowed to for the past four years: Donald Trump.