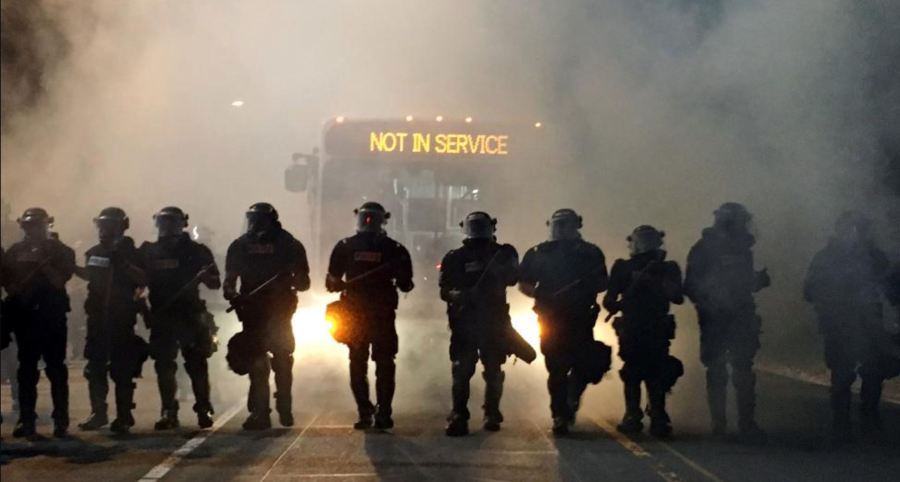 Despite a supposed “condemnation” of him last summer.

The Police Officers Federation of Minneapolis, the union that represents officers in the Minneapolis Police Department, last summer disavowed once-member Derek Chauvin. The union has also resisted police reforms at the city and state level.

In a statement released Tuesday after the verdict, the union thanked the jury before declaring “there are no winners in this case.”

“We need the political pandering to stop and the race-baiting of elected officials to stop,” the statement read. “In addition, we need to stop the divisive comments and we all need to do better to create a Minneapolis we all love.”

The Minneapolis police union is part of a larger statewide group called the Minnesota Police and Peace Officers Association, whose legal defense fund is paying for Derek Chauvin’s defense team.

That group told NPR it did not have any comment on the verdict. It also declined to share any information about how much it has spent so far. The case is not yet wrapped; Chauvin is due to be sentenced in eight weeks, and an appeal is likely to follow.

“We need the political pandering to stop and the race-baiting of elected officials to stop,” the statement read. “In addition, we need to stop the divisive comments and we all need to do better to create a Minneapolis we all love.”

What we don’t need is more “understanding.” More “patience.” More “level heads.” Leave all that till cops capitulate and we all sit down together to work out actual changes. There’s a time for critical thinking, but it isn’t now. Offer it up too soon and it only plays straight into the cops hands, maintains the status quo, and further entrenches the problems in cop culture.

The time for change is centuries overdue. Right. Now.

What America needs is to redouble its war against crooked cops and police brutality.

America needs to rid itself of racism in law enforcement and the criminal justice system.

And cops — from their unions to their police chiefs, sheriffs, co-dependent prosecutors, crooked medical examiners, “expert witnesses,” and pet politicians — are all going to fight like hell, to the very end, to prevent us from getting the true reform that we need.